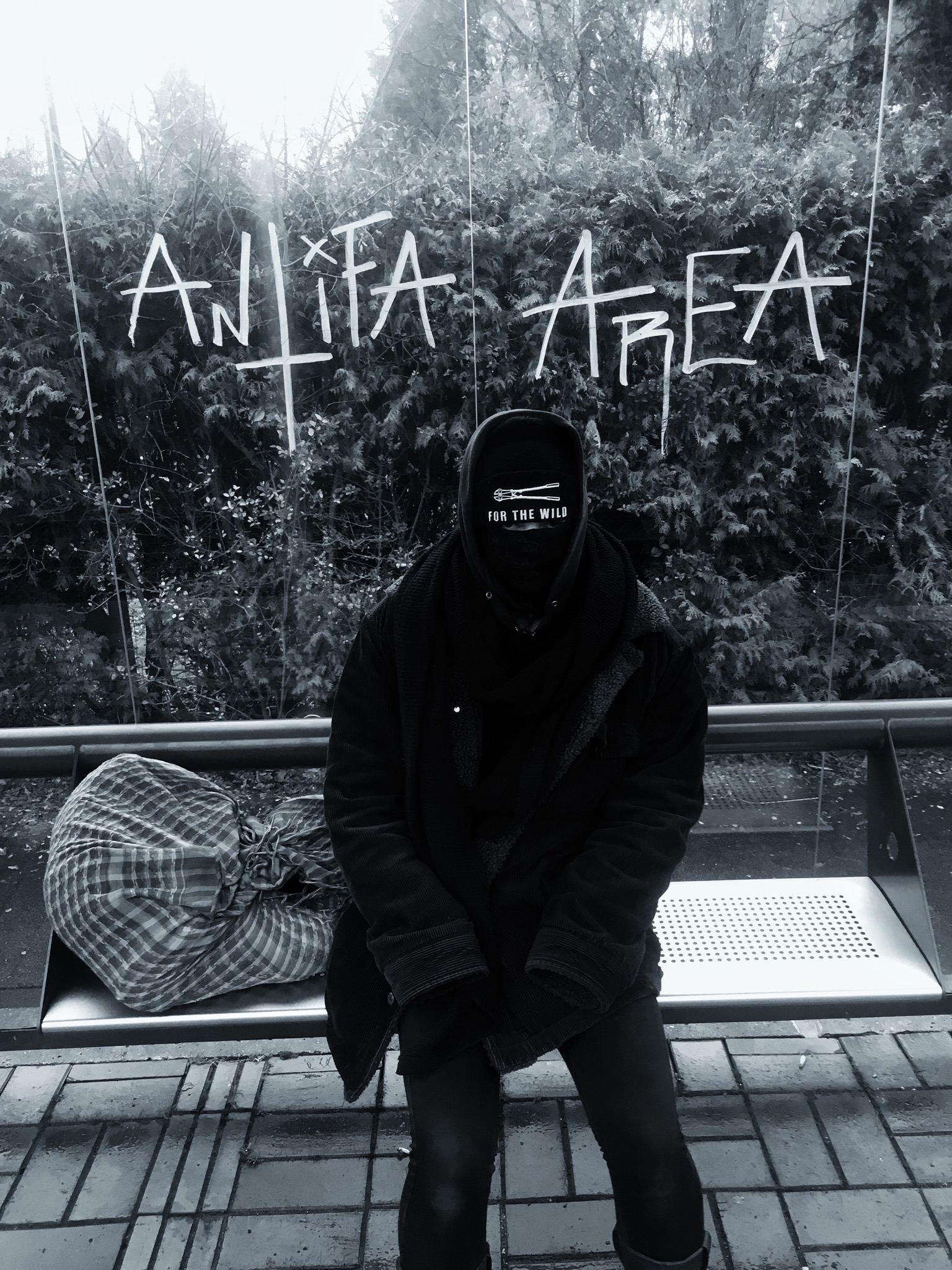 During the last weeks we have been working hard in Hambi, building a treehouse in memory of Waka and getting used to a forest really hurt after the big eviction. Two ground evictions were endured before the holidays with RWE and the cops showing incredibly disproportionate violence and destroying people’s homes.

During the holidays, multiple actions took place around the mine. The Spiegel reported two security cars set on fire after a rain of Moldova cocktails fell into the secu point. Must be climate change.

A report on Indymedia also popped up claiming responsibility for the arson of a pumping station that drains the forest of much needed water and signed “Hambi Chaos Christmas”.

Yesterday, NRW police announced a raid in the Meadow (legal protest camp next to the woods) and in the WAA, a house that has served as a base for hambis outside of the forest, 45 minutes away from Hambacher. They justified the raid as a search of dangerous tools and materials that could be used for future actions. HambiEA (the legal team for the forest) was stolen of their phones during the WAA raid, ensuring that any ambi arrested during the police action would not be able to let the legal team know. In the Meadow, in an attempt to evict three people from a small hut, the police emptied almost 8 litres of pepper spray in the 6sqm holding to later arrest the three folk living inside.

Meanwhile, the forest was also under attack. RWE workers protected by cops smashed windows, fire places and communal areas. Our sleeping space was once again destroyed. Whilst we were attempting to move some of our belongings and materials to hide them deep in the woods, a team of eight cops tackled us to the ground and arrested us.

They managed to destroy our harnesses using nail planks and stepping over them, they took our material and clothes and they threatened us with lengthier arrest and possible imprisonment if we did not give our personal details. Through the threats, we did not give in and kept ourselves anonymous. After a few hours we were released with a ban on Hambacher Forst for “the next 24 hours”.

We are back building today.

They only make us stronger.

They only make us angrier.

If you want to support our work both, informing in the front line and fighting the fight, grab yourself some merch through our website or join our patreon team!