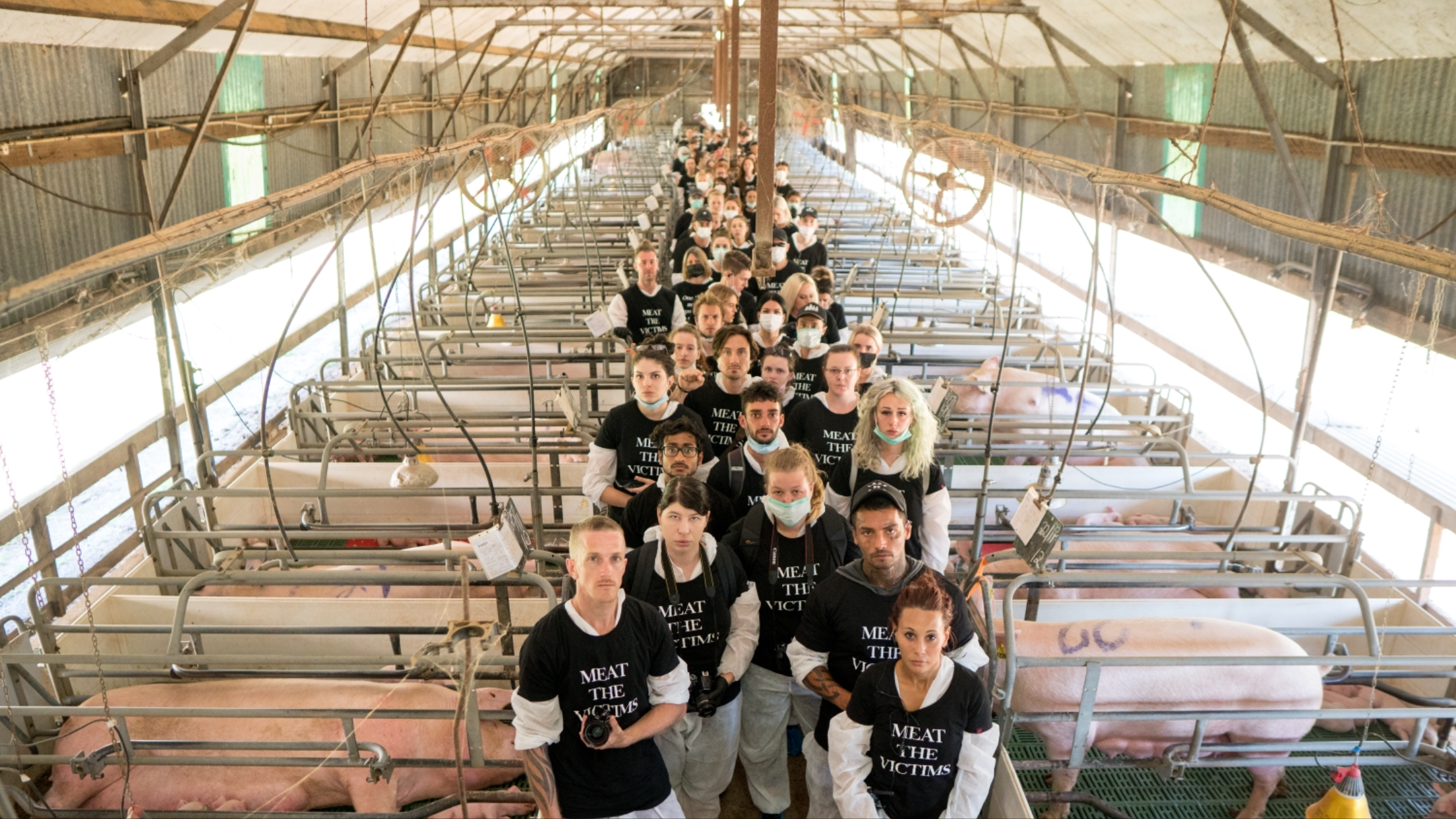 For the second time, activists have invaded Glasshouse Country Farm in Australia as a response to the investigation released by Animal Liberation Queensland three weeks ago.

About 70 more activists held the front outside whilst 100 invaded the pig farm. No arrests have been made and eight piglets were rescued.